*****Judge of the 23rd Judicial Circuit of Virginia 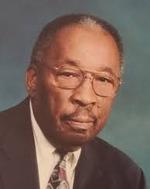 ​​Upon his retirement from active service as a Justice of the Supreme Court of Virginia in 2011, Lawrence L. Koontz, Jr. had completed more than four decades of

service to citizens of the Commonwealth of Virginia. In order to recognize that service and help preserve Justice Koontz's legacy as one of the outstanding jurists in

Virginia and the United States, the Salem/Roanoke County Bar Association instituted this project to collect all of Justice Koontz's published opinions, both from his

tenure as a Justice of the Supreme Court and as an inaugural member of the Court of Appeals of Virginia.  The seven-volume work was completed in 2017.

Volumes 1 to 7 are currently available for purchase.

The Association established the George W. Harris, Jr. Judicial Service Award in 2016 to recognize members of the Judiciary who have provided exemplary service to

the citizens of the Roanoke Valley.

The award is named in honor of the late George W. Harris, Jr. who served as a judge of the 23rd Judicial District of Virginia on the General District Court from 1985 to

2005 and as a judge-designate for many years there after.  Judge Harris was born in Lynchburg, graduated from Dunbar High School in 1955, and attended the

University of Virginia for two years as one of the first black students to enroll there. He subsequently transferred to Virginia Union University where he earned a

bachelor’s degree in business administration in 1963, and then graduated from North Carolina Central University School of Law and received his law degree in 1967.

Judge Harris was also involved in the community through his service on the school board of the City of Roanoke and on the boards of the Southwest Virginia Community Development Fund, the Roanoke Valley Council of Community Services, the Hunton YMCA, and the Legal Aid Society of Roanoke Valley. In the early 1970s, he joined NAACP lawyers in federal court to force Roanoke officials to desegregate the public schools.

was the first female judge appointed to serve on the bench in the Roanoke Valley, serving first on the General District Court from 1987 to 1989 and then on the Circuit Court from

1989 to 2002, including a term as Chief Judge from 1999 to 2001.  Among her many achievements as a Judge, she is particularly remembered for founding the Roanoke Valley

Drug Court, which became a model for Drug Court's across the Commonwealth.  In retirement, Judge Strickland continued to serve the citizens of the Roanoke Valley and the

Commonwealth as a mediator, and also by accepting an appointment to serve on the Commission investigating the Virginia Tech Shooting in 2007.

The Association has honored Judge G.O. "Tommy" Clemens and Judge Clifford R. Weckstein, both retired judges of the 23rd Judicial Circuit in 2018.  Although neither

Judge Clemens nor Judge Weckstein were able to accept the award in person, their names have been added to a plaque on public display in the Roanoke County Circuit 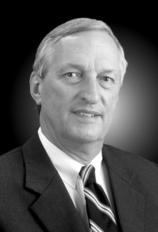 Scholarship Funds Supported by the Association 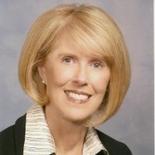 Past Presidents of the Association

​Although the Salem/Roanoke County Bar Association was founded in 1957, records of the Association from prior to 1983 are missing.  The list of Past Presidents therefore is sadly incomplete and if anyone has information concerning the holders of the President's office from before 1983, we would be grateful to receive it. Please send any information to the Corresponding Secretary at scrba@srcba.org. In addition to the names listed below, we do know that Edward W. "Skip" Lautenschlager served as President sometime in the late 70s or early 80s, but he confessed that he could not remember the exact dates of his service.  Also, Frederick L. Hoback, Jr., who later served as a Juvenile Court Judge, and Raymond F. Robrecht, Jr., a member of the Virginia House of Delegates, both served as Presidents of the Association.

​The Association established the Richard Lee Lawrence Lifetime Service Award in 2015 to recognize members of the Association who have devoted their lives to the betterment of the law and their community, state and nation.

The award is named in honor of Roanoke attorney Richard Lee Lawrence, a true giant in the Roanoke Valley’s legal community whose death in 2012 was deeply

felt by the attorneys, judges, clients and citizens he had served so diligently.  Richard was born in Roanoke on January 12, 1938 to Virginia Porter Lawrence and

Reinsley Alan Lawrence. He grew up in South Roanoke and had a job delivering the morning newspaper and attained Eagle Scout Rank as a member of Troop 21.

He went to Roanoke College, served in the United States Marine Corp and then graduated from Washington and Lee School of Law.  After graduating from law

school, he began his legal career and worked as an assistant to Leroy Moran who was then the Commonwealth’s Attorney, and then went into private practice.

Years later, when the Commonwealth’s Attorney, Sam Garrison, was called to Washington, DC to serve as minority counsel for the House Judiciary Committee

during the Watergate hearings, Richard was appointed to finish Garrison's term.

At the end of his term as Commonwealth’s Attorney he reentered private practice, where he remained for the next four decades, practicing with the firms Lutins, Lawrence, and Shapiro and then Lawrence and Lumsden among others. During the last 17 years of his life he practiced with his son, David Denton Lawrence at the Lawrence Law Firm. He was known for his work ethic, often working well into the night. He often took cases that no one else would consider, many times at little or no charge. It may have been his dedication to those people who did not have an advocate or a voice that he is best known for. He was a pillar of the legal bar in the Roanoke Valley. Over the course of his long career he tried thousands of cases, many of them notable but many more known only to those whose lives they affected. Along the way Richard enjoyed mentoring dozens of young lawyers, who are now defense attorneys, prosecutors and judges throughout the area.

​The second recipient was Salem Attorney Charles B. "Charlie" Phillips, who was presented with the award in October 2017.  Although retired from private practice, Charlie has contin ued to place his expertise in domestic relations as a pro bono volunteer for Blue Ridge Legal Services.

​In 2019, Edward "Skip" Lautenschlager  became the third recipient of the award.  In addition to his many contributions to the bar, Skip was recognized for his longtime service to the Salem Rotary Club and its many projects in the Roanoke Valley.

In 2020, the Association presented the Lawrence award to John S. Koehler in recognition of his longtime service as Corresponding Secretary of the Association.